The question is legitimate since nanomaterials are so small that even a single hair is around 1000 times thicker. Nanomaterials have a size of less than 100 nanometers. Before the discovery of carbon nanomaterials, the most well-known forms of carbon were diamond and graphite. Carbon nanostructures were discovered in 1991 by the physicist Sumio Iijima. Due to their unique structural dimensions, carbon nanomaterials have attracted serious interest in diverse fields – from everyday applications to futuristic technologies. But what exactly are these materials? 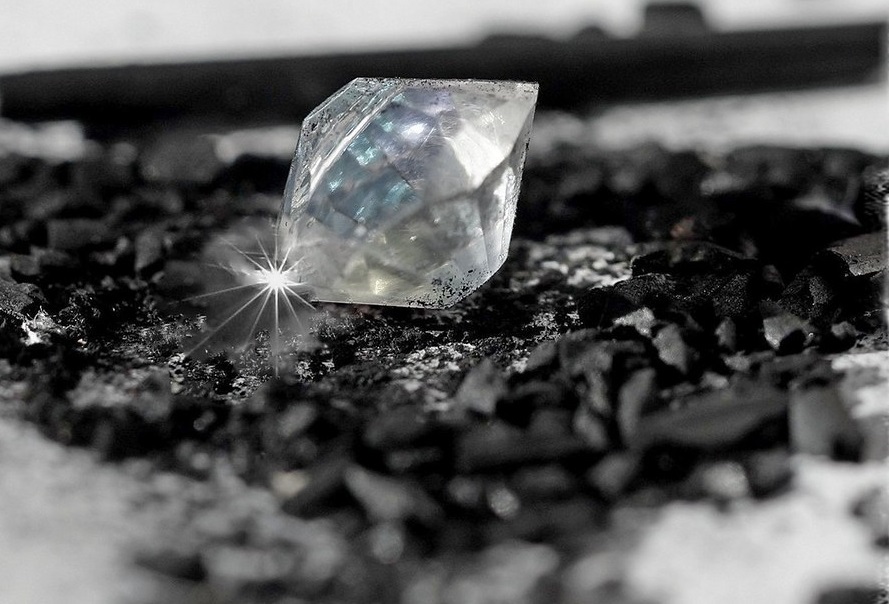 Before the discovery of carbon nanomaterials, the most well-known forms of carbon were diamond and graphite

As we know life on Earth is based on carbon and its all around us. Carbon element bond with other elements forms plants, organisms and even human bodies. Pure form of carbon is used in our vehicles, batteries, roads, electronics, air & water filters and many more. Even further carbon is present in interstellar space dust. Elemental carbon is very flexible when it comes to crystal structures. That’s why carbon has several allotropes (variants) including diamond, graphite, graphene, and fullerene. Carbon nanoparticles are classified based on their structure. These include diamond nanostructures, fullerenes nanostructures, graphite and graphene nanostructures, carbon nanotubes, and carbon nanofibers. (1) To understand these fascinating molecules, let’s dive into the world of carbon nanomaterials.

Nanodiamonds are small diamond particles with a size of under 1 micrometre. (2) Macro-sized diamond films have been widely applied as electrodes for electrochemical and electroanalytical applications. Diamond nanoelectrodes are a promising tool to investigate diamond electrochemistry at the nanoscale as well. (3)

Nanodiamonds are of a size below 1 micrometre with high potential for electronics, medicine, and other industries

The Fullerenes family forms a partially closed or completely closed structure with rings of five or seven atoms. Fullerenes have a structure of hollow cages of sixty or more carbon atoms. The carbon in these structures has a pentagonal and hexagonal arrangement that looks like a hollow ball. These molecules can take various shapes and sizes. Fullerenes got their name after the C60 structure called Buckminsterfullerene or informally buckyball because of it’s shape. These materials are mainly useful in electronics and materials science.

Graphite has a layered crystalline structure with individual sheets of hexagon clusters, which results in its unique characteristics. It is a material so soft that it leads a pencil or can become a lubricant as well. The hexagonal layers of graphite are extremely strong, however, graphite forms single atom sheets with only weak forces holding them together, the sheets can easily slide over each other, which is the reason graphite is so soft.

The excellent conductivity, high-temperature resistance and chemical stability of this material makes graphite extremely important in electrodes and fuel cells. Nanoscale graphite is expected to be a common material in the future, but in order to use it in these applications it needs to meet the requirements of nanotechnology. (4) The usual production of nanographite nowadays happens by splitting of natural graphite.

Graphite became a critical raw material while the demand for it is increasing rapidly. The current production methods come with huge environmental pollution and overexploitation of natural resources through mining. The production of sustainable graphite from direct air capture (DAC) or industrial exhaust CO2 offers a strong alternative and it also reduces the dependency on foreign imports.

Diamond is not the strongest material known to mankind. Graphene is a single atom thick layer of carbon that outperforms the strongest material known until now. It is the “wonder material” of the 21st century that got discovered in 2004 and earned a Nobel Prize in Physics to Andre Geim and Konstantin Novoselov already in 2010. Graphene has unchallenged strength and electrical conductivity.

Graphene is also the basic structural element of fullerenes and carbon nanotubes. A sheet of graphene consists of carbon atoms arranged in a hexagonal lattice that’s only a single atom thick. A hexagon pattern is naturally a very energy-efficient and strong shape, frequently used in aerospace applications or where high strength and low weight is a priority. Graphene’s hexagonal structure and strong bonds make graphene an extremely strong material.

Carbon nanotubes (CNTs) are catalysts for the new technological revolution. They have the same hexagonal structure as other carbon materials, but the layers connect with themselves to form a tube. This structure gives carbon nanotubes incredible strength – about 100 times greater than steel, but they are vastly lighter, conductive, and biocompatible as well.

Besides many other applications, one use of carbon nanotubes is for enhancing battery properties, such as a higher charge rate, longer lifecycle, and higher energy density, while increasing battery safety. Carbon nanotubes are used as an additive material because they can increase mechanical strength, electrical & thermal conductivity, fracture toughness, and electromagnetic shielding effect. They also have antistatic & anticorrosion properties. Carbon nanotubes also ended up in products like the winning Tour de France bike in 2005, but  they are also used in paints & coatings, filtration technologies, electronics, and in many other fields. (5) They are also promising materials in the field of space technologies including futuristic ideas such as the space elevator.

The darkest black paints are also made from carbon nanotubes. Creating up to 10 times darker coating than other black materials by absorbing close to 100% of the visible light spectrum. This way scientists can see even further in space and achieve new things that haven’t yet been done. That’s why a thin film of carbon nanotubes is also useful in solar cells as light and a conductive layer.

Carbon nanofibers (CNFs) are nanostructures with graphene layers wrapped into cylinders. Forming a less perfect shape compared to carbon nanotubes. However CNFs are notable for their rare combination of properties.

Among all these shapes and sizes, carbon nanospheres (CNS) are a novel nanostructure that has only recently started to attract significant research activity and show potential applications from optoelectronics to medicines.(6)

In CNS structure, the graphite sheets are like waving flakes that follow the curvature of the sphere. Contrary to the fullerene C60, the unclosed graphitic particles create many open edges at the surface that are enhancing surface reactions for catalytic functions. (7)

Last but not least CNS increases battery capacity and they are also appropriate for black pigments and coatings for marine applications.

After this brief review of different types of carbon nanoparticles it is important to keep in mind that the current production and mining processes of these raw materials are toxic and environmentally harmful. We provide sustainable alternatives to these highly valuable and critical carbon materials that play an important role in many fields of our present and future. Making these highly valuable raw materials carbon-negative and environmentally safe.